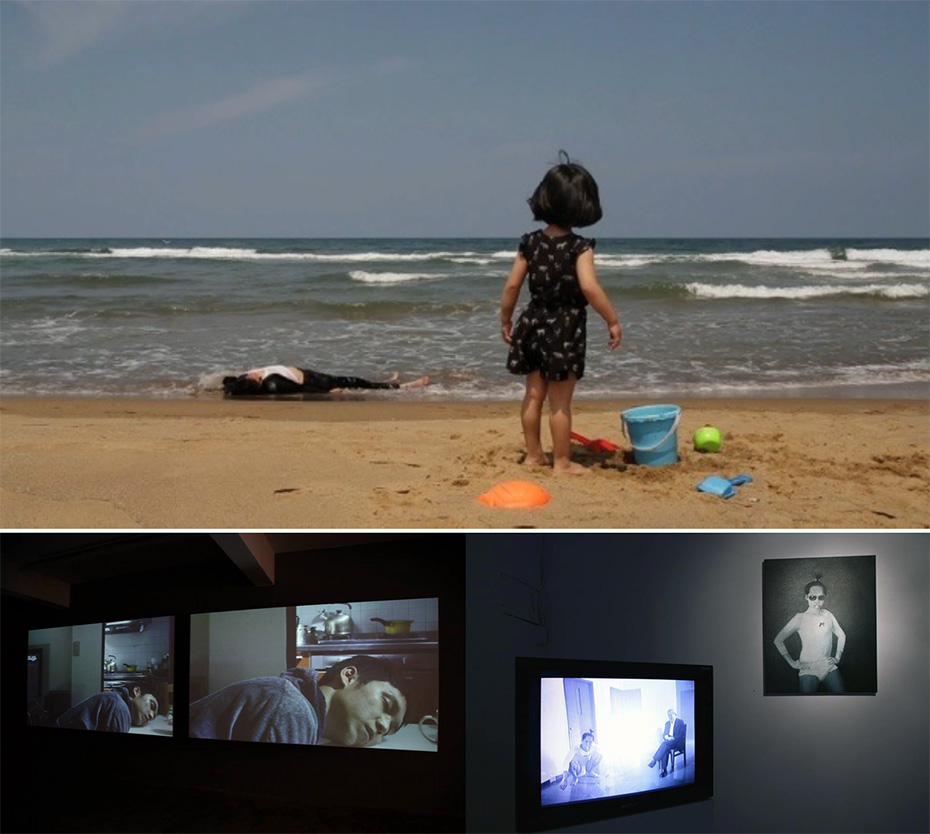 An interesting theory holds that there is no actual increase in the number beached whales, but just in the number of reports due to a greater number of witnesses along the coasts.

Whale beachings may have something to do with the pernicious effects of modern civilisation, or perhaps people are just overreacting.

The exhibition Whale Mass Suicide, including a video bearing the same name and several other pieces, was inspired by my experiences as a new father. Since my children were born, I’ve continually seen things in them that remind me of death. I don’t think this is necessarily a negative thing, but it keeps reinventing my relationships with the world, my understanding of reality and even my belief in existence. I accompany my children every morning until I slip off into a nap, which looks very much like death. This moment might just feel like sleeping, but for the children it might not exist at all. This abstract experience of the still not fully formed consciousness of a child, or the perspective of a father who is not present, forms an interesting theme for an exhibition.

The exhibition name highlights my examination of humanity’s revolt against the laws of nature, and humanity’s dread and presumptions about the natural world. Encountering the work in this exhibition, the audience will re-examine the meaning of the self or even nothingness. Nature, death, the existence of subjectivity and even sex (especially childhood sexuality as an experience of pleasure) will be offered to our visual field for reconsideration.