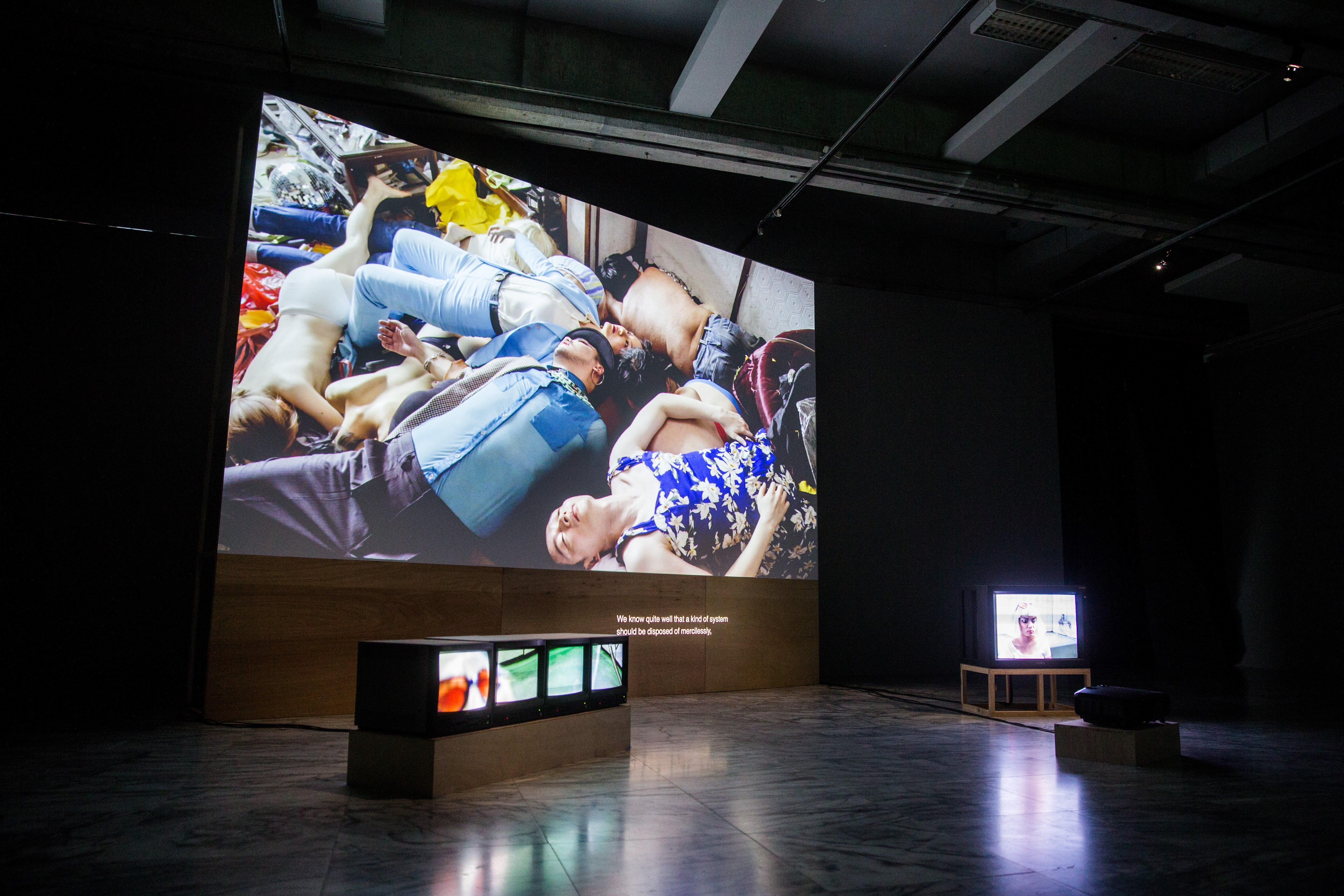 As one of the most active “little theatre”(小劇場) groups during 1990s, Taiwan Walker had been engrossing for its vernacular spirit-based theatrical aesthetics since its founding in 1992, and it was 5 years after declaring of martial law. Su Hui-Yu had watched the theatre’s performances on an irregular basis since his collage days. The theatre’s DIY ethos beyond institutionalisation and marketization as well as its ability in interfering in the highbrow art with popular cultures have substantially influenced Su’s artistic practices. In The Walker, Su ingeniously deconstructed three of the theatre’s plays, namely Mary Scooter(1993), Asshole Man(1996), and Our Top Horny Novels(2000). He extracted the character designs from these plays, emulated the theatre’s theatrical method, and asked amateur actors to improvise on site. Based on a multi-character narrative structure, this work re-interprets the velocity, prime-time, rebellion, physical pleasure and ethical minefield referred to in these three plays, recalling the artistic utopia ever pictured by the theatre; to wit, a polysemous, hybridised art world whose components range from the sublime to the ridiculous.